The year was 1883, and the very first consignment of Trinidad cacao seeds survived the Royal Botanical Garden of England’s voyage to the south seas.

It would take more than a hundred years before the Fijiana Cacao story takes its place in Fiji’s chocolate history.

Fijiana Cacao founders Tomohito and Harumi Zukoshi first arrived in Fiji as tourists in 2004 with their three young children and promptly fell in love with the country. By 2005, the family had sold their rubber making business in Kamakura, Japan and returned to live in Savusavu, an idyllic bay town on the south eastern coast of Fiji’s second largest island Vanua Levu that draws yachts and travellers from around the world. There the Zukoshis opened a Japanese restaurant where they began experimenting with cacao beans found at the local market.

“In Savusavu, we encountered beautifully painted cacao pods,” says Tomo. “We fell in love with the nature of the fruit and indulged in the art of making chocolate at our restaurant. Our homemade chocolate ice cream sold much more than our sushi rolls, which amazed us. Customers keen for gourmet delights came from all over the world.”

By 2007, the Zukoshis decided to start manufacturing dark chocolate, using what they could find on the lesser developed island of Vanua Levu. “Although Fiji does not have the chocolate history or culture like Olmec, Aztec or Maya, it does have a very unique history with cacao trees, so much so that I refer to Vanua Levu as a Koko (cacao) Island,” says Tomo.

When the British colonists introduced many crops from Sri Lanka to Fiji including Trinitario cacao beans from Trinidad in the 1800’s, they later planted original varieties of cacao plants in Vanua Levu. The cacao industry developed over time and the number of cacao farmers in Fiji increased. For a while it was a big industry for Fiji but then it disintegrated. One reason was that the government of the day monopolised the distribution channel, which collapsed when there was a fall in world prices. Most farmers deserted their cacao crops and shifted their focus to more profitable cash crops like taro, manioc and kava. Once abundant cacao trees were all but forgotten in the sprawling rainforests, serving sweet crops to native birds and wild animals.

“In Vanua Levu, many old cacao farmers have passed away with memories of the golden days of the industry,” says Tomo.  “We do respect them and their memories, and it is our wish to show the world how very beautiful Fiji chocolate is.”

“In the beginning, we worked to revitalise these discarded plantations in Vanua Levu, we pruned 50m high ivy that covered old cacao trees including the Cundeamor Trinitario, black podded Amelonado Forastero cacao and tough Calabachillo Forastero varieties. We just wanted to revitalise the soulful Fijian cacao trees. After all our efforts of pruning the flowers started to bloom, and by 2008 we could see beautiful crops.”

“With the help of Mother Nature, we revitalized our soulful cacao trees and began to process some of the finest dark chocolates in the world.” 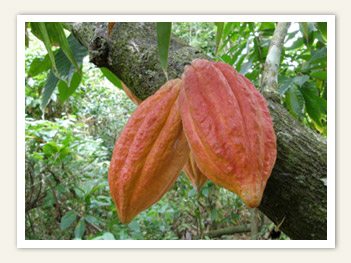 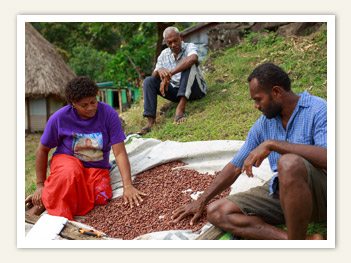 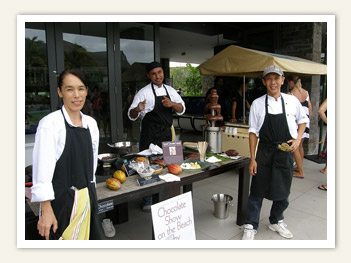